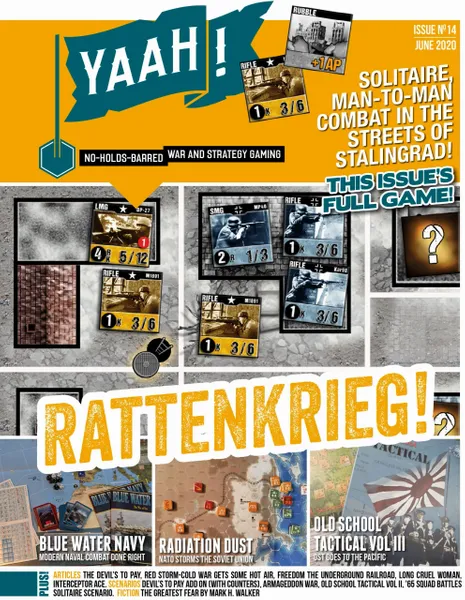 The PnP version of Rattenkrieg is now available on Wargame Vault.

Rattenkrieg is a solitaire game of man-to-man combat in the streets of Stalingrad: you will be in charge of a Pioneer Squad (German) or a Rifle Guard Squad (Sovietes), while enemy actions will be managed by Bots.

Each unit has the following attributes:

The game map is composed of rectangular zones: a zone can include one or more Buildings. Units are always placed so that the counters are: